Mel Cooke made his first public reading of poetry at the open mic session of the January 2000 Poetry Society of Jamaica Fellowship. Since his first reading Cooke has appeared on concerts and festivals throughout the island. He has been a featured Poet of the Poetry Society in 2002 and 2012. In 2003 he represented the Society at the Calabash International Literary Festival. He has also performed at the Fi Wi Sinting Festival, Poetry in Motion, Seh Sup’m, the International Dub Festival (Toronto, Canada) and the Reggae Month Live Music Series.

Mel Cooke’s first collection of poetry, 11/9 (Blouse and Skirt Books, 2008) was adapted into an award-winning dramatic production by Jamaica Youth Theatre. His poetry has also appeared in the Jamaica Journal and anthologized in So Much Things to Say: 100 Poets From the First 10 Years of Calabash and Jubilation!. In 2013 he released his second anthology, the audio collection Seh Supm: Live From Kingston.

Mel Cook is a Fellow of the Calabash International Literary Trust. At the core of Cooke’s writing is documenting and interpreting the contemporary Jamaican experience. He and his wife Wendy are the deliriously delighted parents of Amani, Asmahani-Aza and Ayele-Al. 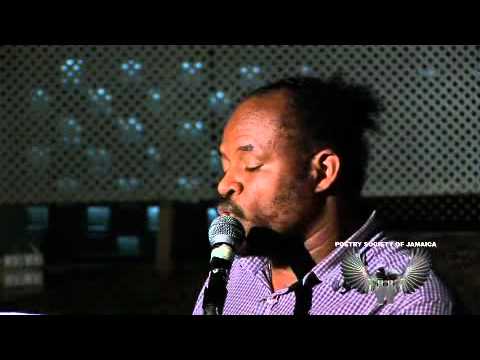