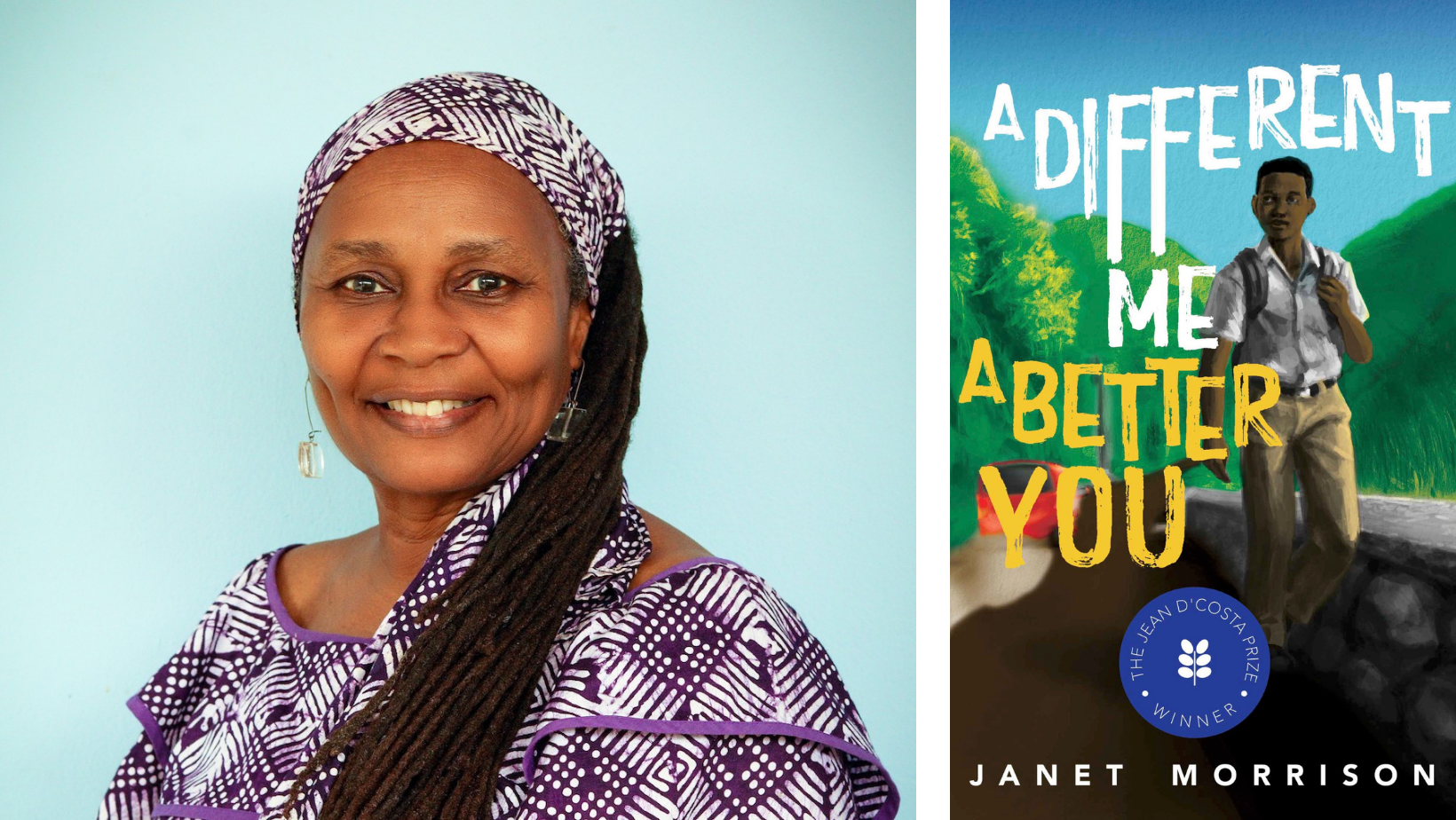 Janet Morrison’s uplifting collection of short stories for children, A Different Me A Better Youhas been shortlisted for the inaugural Bocas Lit Fest Children’s Book Prize. Published in April of this year, A Different Me A Better Youis already a prize winner having snagged the Jean D’Costa Prize for Children’s Literature at the 2015 Lignum Vitae Awards, while just a manuscript. It added to Morrison’s already impressive accolades having won the 2012 BBC Radio Play competition.

In A Different Me A Better You, author Janet Morrison takes five ordinary, inspiring, loveable, differently-abled children and show them to be the heroes we all aspire to be.  This award-winning collection follows their struggles and triumphs as they attempt to move beyond stereotype and get people to see who they really are on the inside. From Shana who refuses to let the loss of a leg keep her from her dreams of being a dancer to Jason who does not let his blindness keep him from having adventures with his cousins or even Summer whose skill at design outshines her Down syndrome, these are characters we can’t help but love and who all leave us a little better off for having met them.

“Being shortlisted is like going to an Oldies Session and realising that you still have moves on the dancefloor. Having come late to the author party, I’m absolutely elated to be considered for a top prize by a festival that celebrates Caribbean writers,” Morrison said.

Blue Banyan’s adventure novel Lost in the Cockpit Countryby Billy Elm had also made the longlist.

The winner is slated to be announced at the end of November. The inaugural edition of the prize is being adjudicated by novelist, current Poet Laureate of Jamaica Olive Senior, former deputy Executive Director of NALIS Joan Osbourne, and Johnny Temple, publisher and editor in chief at Akashic Books.

Girlcott Selected for One Island, One Book Initiative in Bermuda