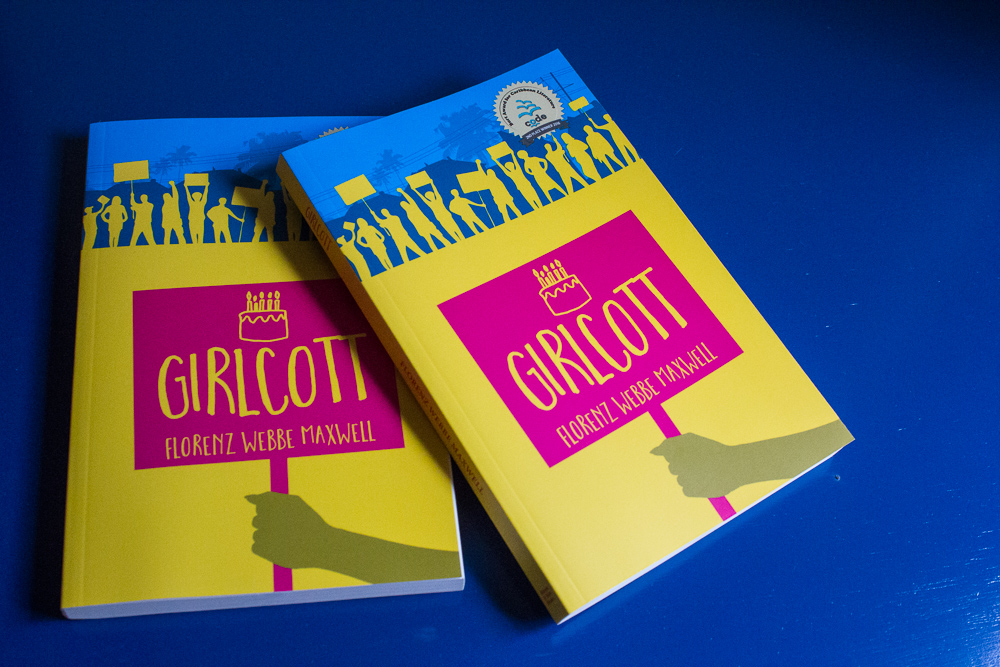 Florenz Webbe Maxwell’s startling award-winning debut novel, Girlcott, continues to reap praise years after its release. Its latest coup is making it to the list of must-read Caribbean books on Oprah Mag, a sign of both the strength of the story as well as its continued significance to bringing contemporary black history and culture into the mainstream.

In this fictionalized version of history, Girlcott foregrounds the role of women and girls in resistance movements as the young heroine, Desma Johnson, comes to grapple with the unsavory issues seething beneath the surface of her beautiful island home.

Set in beautiful Bermuda, an island the rest of the world doesn’t think of when imagining racial tensions, Girlcott chronicles the end of racial segregation on the island following a boycott of cinemas. Girlcott goes beyond the image of Bermuda as an island paradise and charts a narrative of resistance, hope, fighting for change and that black girls have the right to dream big even when the world expects small things of them.

Girlcott has become a fan favourite in Bermuda, and hopefully, moments of recognition such as this will allowing the rest of the world to see what’s they are missing. Minister Ernest Peets, Bermudan Minister of Youth, Culture and Sports, described Maxwell as, “a tradition bearer who has contributed immensely to Bermudian culture.”

Girlcott highlights that there are so many untold stories about black life and culture that deserves to be told and deserve the attention of readers. In 2018 the School’s Library Journal named Girlcott one of the 20 books to read in celebration of Caribbean-American Heritage Month.

In its initial review, the SLJ described Girlcott as, “an incredible story that should be read and distributed widely, and a valued addition to any library collection.”

In its review, Booklist declared, “Bermuda might bring to mind shorts and pink stucco cottages, but here is a deeper look at the Caribbean island.”

Girlcott gained second prize in the 2016 Burt Award for Caribbean Literature and was longlisted for the 2018 International Dublin Literary Awards.

Girlcott has gained this new round of attention in part due to the gaining of momentum of the #ReadCaribbean hastag and one of its major proponents Cindy Allman, and resulting movement which has many paying attention to the great literature coming out of the region.

In her interview with O, Allman said, pointed out that Caribbean stories deserve more attention. “We’re writing beautiful stories rooted in our history. More people need to know about that.”